The English city of Nottingham has many unique features that set it apart from towns of comparable size in the East Midlands, but the one thing for which the city receives recognition around the globe is the fantastic legend of Robin Hood, and his arch nemesis the Sheriff of Nottingham. The name and trappings of his story are well recognized symbols of the city and the county of Nottinghamshire.

The mighty outlaw Robin Hood was a folk hero who was said to dwell in the depths of Sherwood Forest to the north of Nottingham, returning to civilized roads and places only to rob the rich in order to feed the poor. He used his iconic longbow to fight injustice, in the person of the Sheriff or Prince John. But was he real?

Well, Sherwood Forest and Nottingham certainly are, but other than that, it seems almost impossible to tell.  As early as the 1200s, the term “Robinhood” or “Robbehod” was being used by justices in England as a placeholder name for any fugitive or outlaw, and it seems that an oral tradition grew up around the figure.  The legend first appeared  in fiction in “Piers Plowman” in the late 1300s, where a priest confesses he knows the “rymes of Robyn Hood” better than his Paternoster.  Poems and stories about the exploits of Robin Hood, Little John, Will Scarlet, and the rest of his Merry Men multiplied and grew with the telling over the following centuries, and his tales were among the first to be gathered and printed in books, when printing was introduced to England in the 16th century.  However, the tales shift about radically in time and place, and it’s doubtful there was ever a real personage behind the tales -- except in the way that interesting real happenings were added to the famous legend.

The question of his real existence doesn’t seem to trouble the residents of Nottingham.  In modern times, local signage describes Nottinghamshire as “Robin Hood County”, and uses a bow and arrow to direct travellers; a railway between Nottingham and Worksop was dubbed “The Robin Hood Line”.  There are many local landmarks which are said to be part of the Robin Hood mystique.

The “Major Oak” is a gigantic tree in the heart of Sherwood Forest (near the village of Edwinstowe) which is said to have been Robin Hood’s home and headquarters.  It is certainly more than 800 years old; its trunk is 33 feet in circumference, and it’s estimated to weigh some 23 tons.

The Sherwood Forest itself is now reduced to 460 acres of county park, designated as a National Nature Reserve.  It hosts some 500,000 visitors annually, many of which come for the annual Robin Hood Festival each August.

In the centre of the city of Nottingham, the Old Market Square is said to be the place where Hood won his silver arrow from the Sheriff of Nottingham in an archery contest.  The deep-toned bell within the dome of the Council House to one side of the square is nicknamed “Little John”.  An iconic bronze Robin Hood Statue, featuring the outlaw firing his bow, stands near to the square.

About two miles to the north-east of Nottingham on Wells Road, an ancient well was rediscovered in a car park in 1987.   Some historical sleuthing established that this was the well first known as the “Owswell”, and later “St. Anne’s Well”, but as early as 1500 had been dubbed “Robin Hood’s Well” because of a story about a brawl involving the Merry Men upon the site.   The well had been covered over and lost during the construction of a railway line in 1887.

Nottingham Castle plays a key part in some Robin Hood myths.   The historical castle was first built of wood in 1067, then replaced with a stone castle by Henry I in the early 1100s.   When Richard the Lionheart left regents to rule in his stead when he left on the Third Crusade in 1190, his brother Prince John was left behind to scheme for the throne.  John attacked and seized Nottingham castle in 1194, and Richard had to lay siege to it to get him out again after his return.  That stone castle was finally razed in 1649, and the current castle mansion is very different; however, the stone caves and dungeons beneath the hill on which it sits are still said to be tinged with some of Robin Hood’s romance.

For the visitor fascinated by the Robin Hood myth and imagery, there are numerous tours, guidebooks, and gift shops centred around the outlaw.  There is even a tourist attraction called “The Tales of Robin Hood”, taking visitors through a recreated medieval countryside in “adventure cars” to witness scenes from the legend, then returning them to a banqueting hall for an authentic medieval feast.

Those who love history, adventure, and swashbuckling fun will all find what they are looking for in Nottingham. 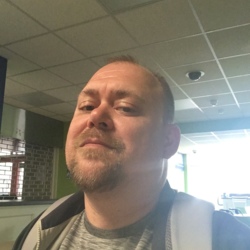 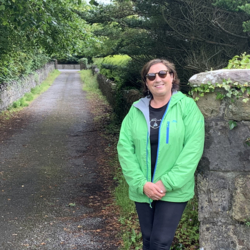 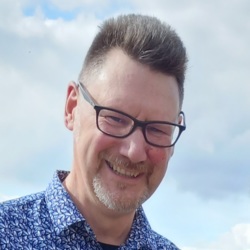 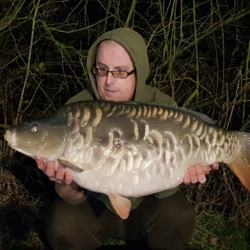